Joe brings with him over 20 years of leadership experience in business, non-profits, and the armed forces. A graduate of the United States Military Academy at West Point, Joe deployed to Iraq in support of Operation Iraqi Freedom less than a year after losing his brother on 9/11. 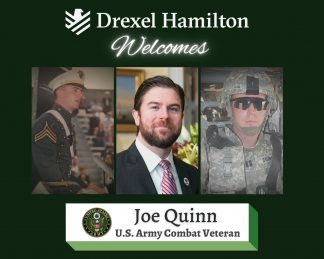 Following his first combat tour, Joe reported to Fort Sill, Oklahoma, and served as a General’s Aide before he deployed again to Iraq as a Battle Captain with Multi-National Corps-Iraq in Baghdad. Joe later deployed to Afghanistan in a civilian capacity with the Counterinsurgency Advisory and Assistance Team in support of Operation Enduring Freedom.

Joe returned to West Point as an associate at the Combating Terrorism Center (CTC). He then joined the leadership team at non-profit Team Red, White & Blue before serving as the Executive Director of the Headstrong Project, which provides free mental health therapy to Post-9/11 veterans.

A New York native, Joe most recently co-founded Feltman’s of Coney Island and served as its CEO. Growing up in Brooklyn, he was known throughout the borough for his skills on the basketball court. He went on to play Division I basketball at West Point, and beat Navy.

Joe holds a Master’s in Public Policy from the Harvard University Kennedy School of Government and an MBA from the Zicklin School of Business at Baruch College. He is inspired to work within the finance industry where his brother’s career was tragically cut short and within an organization committed to serving our Veteran community.

Joe currently lives where it all began, Brooklyn, NY, with his wife Melanie and their three beautiful children.