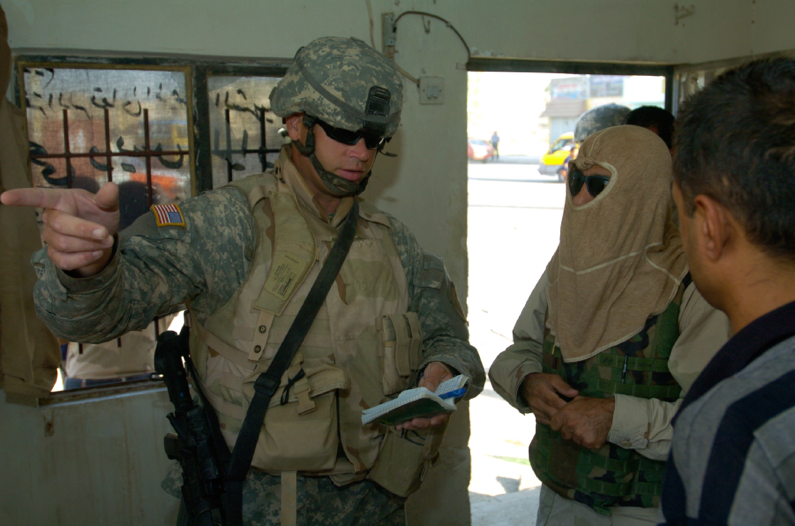 As most of you may know I have been working from Walter Reed National Military Medical Center since July. It has been a long road that brought me here today, which is my Alive Day. 15 years ago today was the day that would change my life forever. My vehicle was targeted by an IED, resulting in burns to over almost half of my body, the fracturing of my spine, and damage to multiple internal organs and before me evacuated 57 minutes later I received a gunshot wound to the right shoulder and three gunshot wounds to the right leg.

Over the next 22 months at Brooke Army Medical Center, in San Antonio, TX, I would undergo a number of surgeries that would keep me alive. There was a Captain, who was the Battalion’s, Intelligence Officer and loved going out with my team who sat behind me. He was one of the few allies I had in the Battalion and my friend. There was Specialist that sat behind my driver who was a member of my Personal Security Detachment, my roommate and my friend. I would later find out after waking up in the hospital, almost two months after the blast, that the Captain was thrown from the vehicle with little bodily damage, died when his brain ruptured from the percussion of the blast. The Specialist, who sat behind my driver, took the brunt of the blast and died instantly.

My driver was thrown from the vehicle, receiving only minor burns to his right arm and lower back but after being released from the hospital, to the Transition Battalion, went AWOL because he blamed himself for driving over the IED. We have not been able to find him yet to this day. My gunner was thrown 50 meters from the vehicle, shattering both of his legs and received severe burns to his right leg and lower back. He fought to stay in the service and remained on active duty for three more years. His wife recently retired from the Air Force after 23 years of service.

After retiring from the military after 19-1/2 years, I found myself in massive debt and as a single father of two daughters. My ex-wife had purchased multiple homes, in two states, in my name. She took the remaining money in the bank and now lives overseas, leaving me with our youngest daughter and her daughter from previous marriage, who I adopted, with me.

That was when I was introduced to Lawrence Doll and his training program and later, Jimmy Cahill. I had begun to lose hope before meeting them. After starting with Drexel Hamilton, with Fred Phelan and two others, although scared and unsure of myself I found a new purpose in my life and vowed to be the best I could be, no matter what I was assigned to do.

LD and Drexel Hamilton did, in fact save my life. With guidance from Jimmy and introductions to John Glenn, JD Kerin and Tom Mead I found myself on a new path. I found myself on the road a lot with Tom, where we found our niche and flowed well working together introducing our firm to new municipalities. Soon after I was introduced to Roger Elsas, who later would become my mentor and dear friend.

With the strength I found in Drexel Hamilton, I grew more confidante in myself and would meet the love of my life and future wife Mary-Ella. During our wedding, where LD walked her down the aisle and Brian Meenan on last minute notice, stood as one of my groomsmen; I could look out and see many smiling Drexel Hamilton faces. I would later laugh and smile with our soon to be new leadership, Anthony Felice and John Martinko, as John cut up the dance floor.

10 years after starting with Drexel Hamilton, after my 81st surgery, my 82nd on the near horizon, I still have the support from everyone I have found myself blessed to work with. I am so thankful to each and every one of you. Together we are family and we are strong. Special thank you to Tom for your friendship and guidance and Roger, for your never-ending belief in me. LD, I could never thank you enough for the love you have shared and the life you opened up for me and my family.

John and Tony, I expect a lot from you and I hope you will always of me. I look forward to what we can accomplish as a firm and what we can do for those who follow.

Always remember, when life gets really tough and there seems to be no hope, pray, keep your head down and always push forward. If you can’t run, walk. If you can’t walk, crawl, just keep pushing forward and when you find yourself ahead, always, always, reach back and pull forward those who follow you. We’re all in this together.

All my love, God Bless you all,
Jerry